What Does Gum Disease Have to Do with Diabetes, Heart Problems & Inflammation?

Diabetes and Your Gums – Friends or Enemies?

Diabetes and the Gums behave like friends who describe their relationship as “It’s Complicated.”

These two “Frenemies”, Diabetes and the Gums, often work against each other and hurt each other by sharing problems. That’s not all. They also involve their mutual friend, the Blood, who works as a go-between to transport their problems.

You see, diabetes acts like the friend who always says too much. And the Blood is the friend who’s a great listener but who can’t keep anything to himself. Do you have any friends like that?

So, when Diabetes throws a tantrum with high blood sugar and inflammation, the Blood immediately goes and shares Diabetes’ problems with everyone he meets, including the Gums in the mouth. When the Gums get their share of Diabetes’ high sugar and inflammation, they end up damaged and weakened. This damage means that diabetic people get advanced gum disease more often than non-diabetics.

Even worse, whenever the Gums have an infection or issue, they share their problems with the Blood too! The Blood then goes happily throughout the body spreading the Gum’s issues. Infection and inflammation from the Gums cause Diabetes to throw another tantrum, making it much more difficult to keep blood sugar under control.

The Gums-Diabetes relationship proves so complicated that doctors have a hard time deciding if diabetes leads to gum disease or if gum disease leads to diabetic complications. But we know two things for sure.

Gum disease, or periodontitis, has a profound affect on diabetes. That is why treating gum disease infection can improve blood sugar as much as adding a new diabetic medication. And some patients are able to drop one of their diabetes medications once their gum disease is controlled. 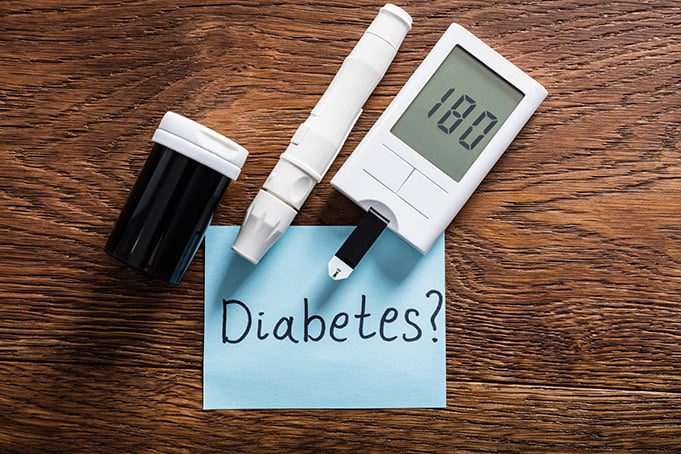 Most of us know that the body’s circulatory system works like a plumbing system. It has a pump—the heart—at the center. It also has an intricate web of pipes—or blood vessels—that transports the blood throughout the body.

The gums function as the connection between the heart and the mouth. That is why they are pinky-red, because they contain so many tiny blood vessels running through them! Now you can understand why keeping the gums healthy strengthens your overall body health. They are intricately connected to the rest of your body.

By ignoring your gums, you run the risk of getting gum infections. And gum infections increase your risk for heart disease and strokes. If the gums become infected, bacteria and inflammation leak into the blood and go directly to the heart. Inflammation travels through the blood and contributes to atherosclerosis, or hardening of the arteries, which increases the risk of heart disease and stroke. The bacteria that infect the gums in periodontitis are the same bacteria that play a role in strokes!

If you’re reading this and feeling worried because you think you already have periodontal disease, then it’s time for a dental visit. Come in to get things checked out and cleaned up. Learn more about treating periodontal disease here. 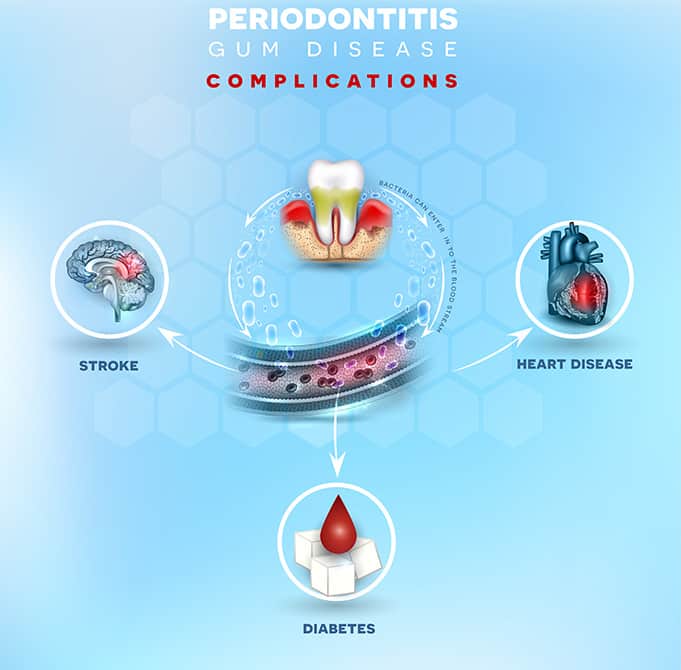 Your Mouth and Chronic Inflammation

Now you know that your gums are highly vascularized—that’s medical code meaning that they have lots of blood vessels. You also know that these little blood vessels in the gums serve as a gateway to the rest of your body. So, if you have infected gums, your blood begins to spill bad bacteria and inflammation into your entire body. And this inflammation drives the development of new disease or complicates already existing disease in your body. This applies to people who suffer from chronic inflammatory and autoimmune diseases such as rheumatoid arthritis, lupus, allergies and Crohn’s disease. As a result, by having infection or inflammation in the gums, your chronic condition worsens. So, if you want to minimize inflammation in your body, and live well with chronic disease, start by eliminating gum infection. Keep your gums healthy! Click here to learn more about preventing and treating gum disease.

Need help with a dental problem?

By partnering with top lenders we offer financial options for almost every budget.